Below are some of the leading baby monitor manufacturers in 2020. While some are established electronics companies, some are emerging brands with less than 5 varieties of baby monitors.

Philips Avent was formed after Philips purchased the UK based Avent from a private equity firm, Charterhouse Capital Partners in 2006. Avent was originally known for making baby feeding products and it now deals in a range of baby products including an array of baby monitors which are not doing very well in the market, despite great reviews. Below are some of Philips Avent’s leading baby monitor brands.

In 2017, Hanwha Group acquired Samsung Techwin, a subsidiary of the Korean conglomerate. Since 2018, Hanwha Group has been making changes and transitioning from Samsung Security baby monitors to Wisenet baby monitors. Wisenet is the new brand name for all Samsung Security cameras. You may however still find that the listing in some websites, including Amazon, still has Samsung name.

Below are all the baby monitor brands of Samsung, Wisenet.

Eufy is a subsidiary of Anker Electronics, a Chinese based electronics manufacturer of security cameras. Eufy develops some of the best-known brands of security cameras such as the eufycam which it fundraised through a Kickstarter campaign. Eufy’s leading baby monitor brand is Eufy Spaceview which has been in the market for less than a year.

Motorola baby monitors are sourced from China and retailed by Binatone Global which acquired the Motorola brand in September 2015.

Since then, there has been a change in the quality of Motorola branded baby monitors and I highly encourage you to read the reviews of each individual brand as some are great (such as Motorola Halo, our top wifi baby monitor with screen and app). However, some of Motorola baby monitor brands are terrible and notorious with draining batteries and poor night light features.

Motorola has developed brands ranging from one with a 1.8-inch screen to a large 5-inch screen.

Below are some of its brands.

Since 2010, Infant Optics has released three brands of baby monitors with the latest one being the best-seller for three years in a row. It still stands as the best-seller now in May 2019.

Nanit is an Israeli start-up with offices in New York. It has established itself as a reliable and most-respected brand with sleep tracking technology. It’s patented technology (granted in 2016) enabled Nanit to roll out two brands below:

Fisher-Price is one of the oldest baby products brand and was started in 1930 in a small town in East of New York called East Aurora. This baby monitor brand is also known for other baby products such as baby car seats and baby toys. In 2017, it had revenues of $1.7 B and is publicly traded as a subsidiary of Mattel Inc which acquired it in 1993.

According to Wikipedia, Fisher-Price has created over 500,000 toys and is currently one of the world’s leaders in toy manufacturing. Fisher-Price was founded before the first baby monitor was invented in 1937 and it began as a toy manufacturer. Below is a picture of their logo:

Fisher-Price was the leading baby monitor brand in the 80s and early 90s. Its main competitor was Safety 1st. We have reviewed on their analog baby monitors on a separate post.

As of August 2019, Fisher-Price has a few baby monitor brands in the market including:

Graco is an American company founded in 1953. It currently sells an array of baby monitors, including one that is praised as having the longest range, the Graco Secure baby monitor which offer 2000 ft. range.

Since the 80s, Safety First has been manufacturing products for babies. It saw a lot of growth in the early 90s as baby monitors market gained traction. They are now known for child safety products. Parents who prefer Safety 1st baby monitors do so because of their low EMF radiation. 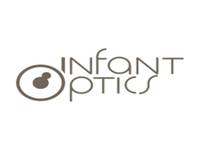